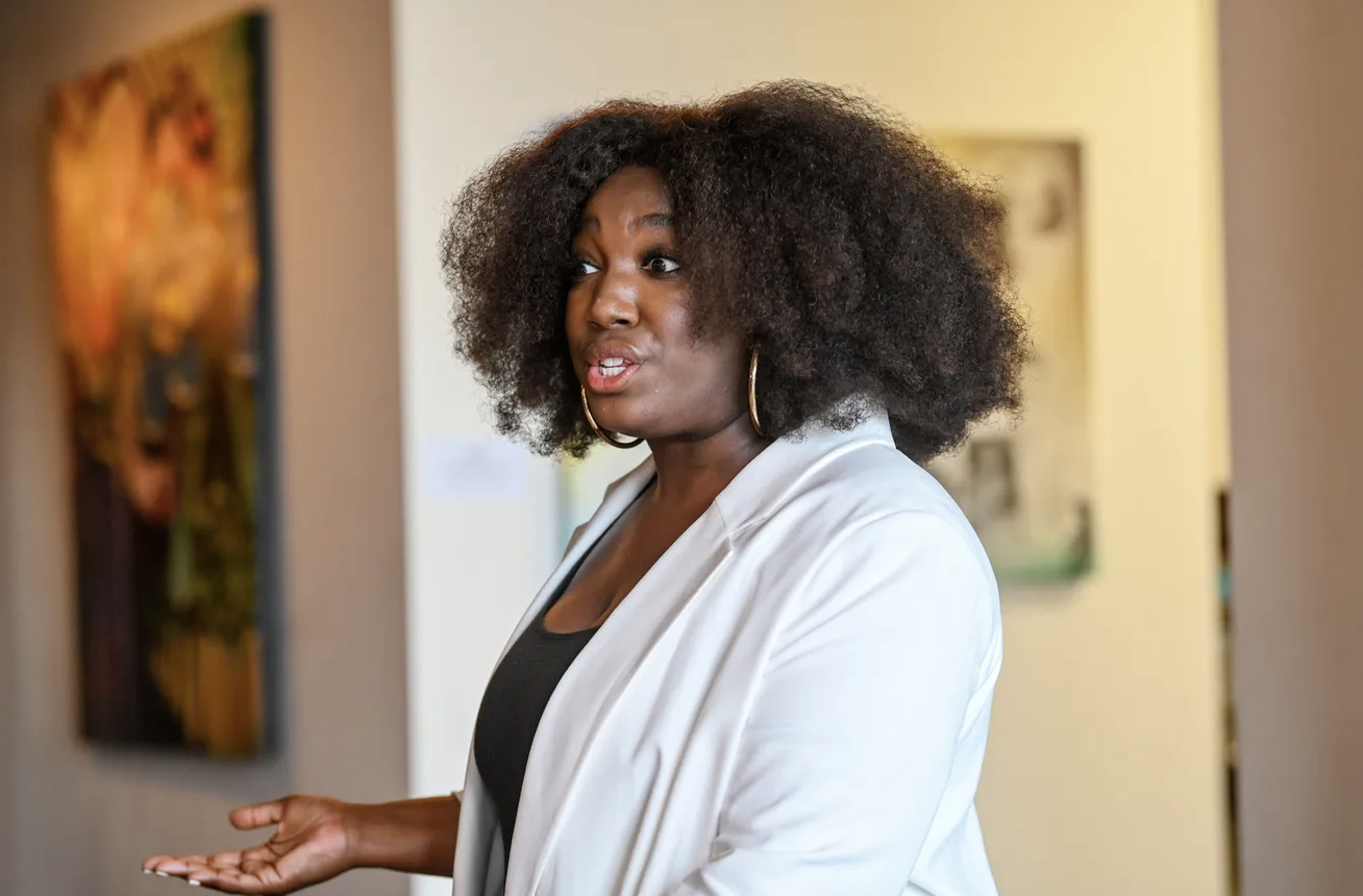 Before she was a regular on the Hollywood awards show circuit, makeup artist Kierra Lanice Wray earned spending money stitching up jeans at Sexton High School.

“I was turning people’s bootcut jeans into skinny jeans for, like, $20,” said the Lansing native, now 27. “My parents are like, ‘how are you making $200 every week?’ Little do they know, I’m doing this for the faculty.”

Wray’s knack for tailoring made her a go-to source for fashion tips at Sexton, whether that was a small stitch or doing makeup for the entire cheer squad. At age 16, she got a makeup job on a defunct fashion line’s look book, then being sold at the Lansing Mall. After graduating, she earned her cosmetology license at the Douglas J. Aveda Institute in East Lansing, then began chasing gigs in Texas and Los Angeles.

Stuck in Los Angeles with no work, Wray showed up with her kit at the Marriott serving as home base for the awards, introduced herself at the front desk and got introduced to a BET production staffer in need of a makeup artist in a pinch. She put in a day’s work and has been back on contract four times since.

“I cried and worshipped and thanked God and cried some more,” Wray wrote in a blog post detailing the experience.

At a subsequent BET Awards, Wray met Rapsody while working in the station’s talent trailers. They kept in touch, and Wray messaged the rapper a week before the June 27 awards reminding her she’d be in Los Angeles working the event. The message went unanswered for a day until Rapsody’s assistant replied, asking Wray to fly in two days early to work with Rapsody.

It was then that Wray learned Rapsody would be performing at the show, covering Queen Latifah songs as part of a Lifetime Achievement Award tribute with Lil’ Kim, Monie Love and MC Lyte.

“I knew about it before others,” said Brown, who Wray called after she got the offer and who watched the performance from back home. “I get to see a lot of the behind-the-scenes (preparation) and what happens behind the big moment. To see it (all put together) is mind-blowing.”

The experience was surreal for Wray, too. 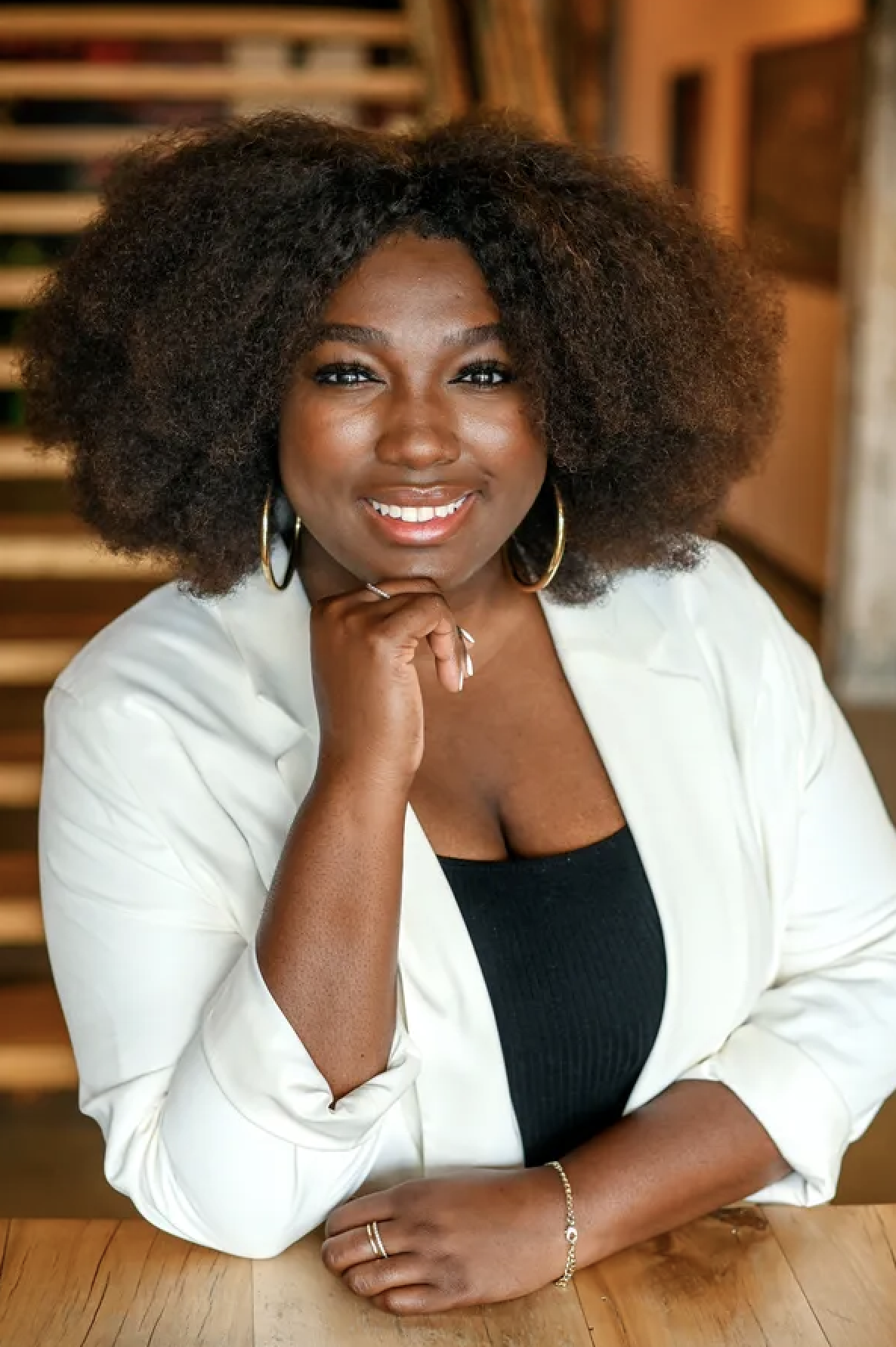 “It’s definitely emotionally overwhelming to sit there and look at somebody I’ve built a great relationship with — to see her career elevating in that manner, but also to be amongst (so much) goodness,” she said.

Wray admits to being star-struck working with Rapsody’s fashion team, which included pioneering hip-hop stylist Misa Hylton, who worked with Lil’ Kim and Mary J. Blige throughout their careers and who starred in the 2019 documentary “The Remix: Hip Hop x Fashion.“

“She’s been through that documentary, talking about being the premier stylist of the ’90s — how designers weren’t loaning designer clothes to young Black artists, and so she had to create stuff,” Wray said.

The same week, Wray also did makeup for a virtual performance hosted by Essence Festival and Jay-Z’s record label, Roc Nation, called Ladies of the Roc. She also did Rapsody’s makeup for an album release party.

Now back in Lansing, Wray is taking a break after the BET gig to focus on self-care, therapy and sorting through products in her studio at Potter’s Mill, an artists’ space in REO Town.

There, she teaches rising cosmetologists the ins and outs of makeup.

“I can tell you what ingredients are in (a particular product), why that ingredient is effective, what it’s going to do, the benefits, what it pairs well with,” Wray said. “I’m not an influencer. I do have influence, but I’m very cautious about partnering with brands.”

Wray isn’t the only practitioner in Lansing nabbing big clients. She recently partnered with Brown, a local stylist and fashion consultant, and Fisher, a local hairstylist, to adorn Dawn Richard for an appearance on the Wendy Williams Show.

“It was a beautiful experience when you go through a lot of things in your life — struggles — and then to experience something like that was just tears of joy, laughter,” said Fisher, who operates FS Salon on Lansing’s west side.

The trio had previously worked with Richard in January for a photo shoot in New Orleans, her hometown. Brown put together her outfit, Fisher did her hair and Wray took care of makeup. Their work later appeared on a Times Square billboard promoting Richard’s album.

The trio works cohesively, Fisher said, bouncing ideas back and forth to perfect a look.

They gathered once more in June to prep Richard for her Wendy Williams appearance. 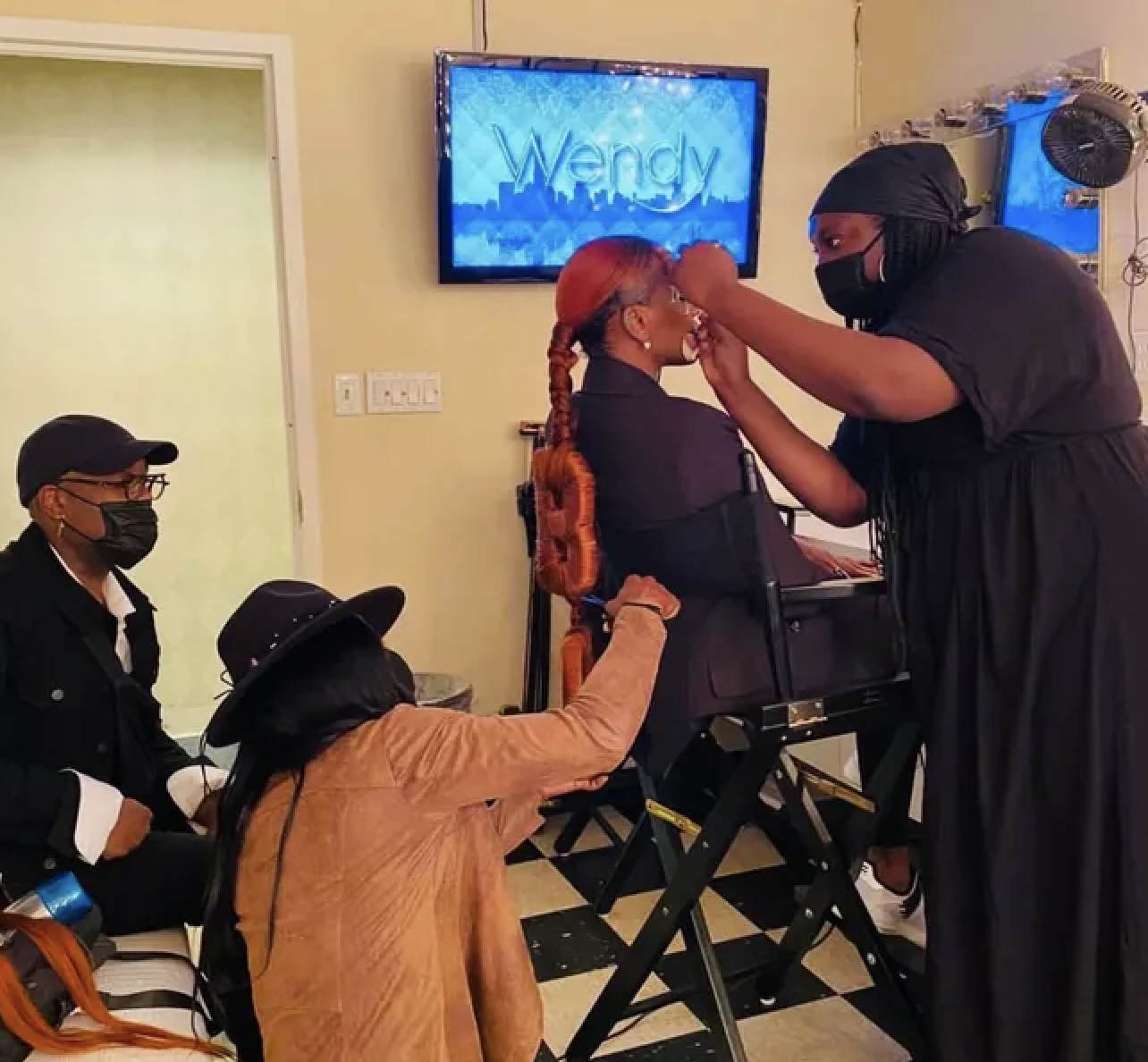 “Working with Dawn was my very first time working with a celebrity,” Fisher said. “And with (Wray) knowing how, she would teach me in the moment to look for certain things.”

Brown said the trio are part of a larger community of Black creatives in Lansing sharing opportunities with peers in similar industries.

“There’s not a lot of studios or places for models to build their portfolios, and to bring that to Lansing, is massive,” he said. “We want to stay on board with having these workshops and camps (to help) people understand the fashion and beauty industries.”

The trio are proud residents of the city, and hope to start a creative agency at Potter’s Mill or in another location where youth can learn about cosmetology, fashion and tech.

“If you have knowledge, why not pass it on,” Fisher said. “If we can teach anybody anything, do it.”